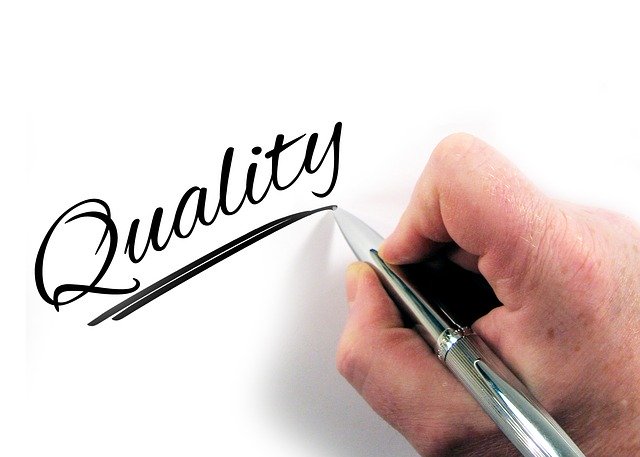 Keeping your dog safe from disease is a high priority for every dog owner, and the last thing you want is to poison your dog with bacteria that may be lurking in his raw diet. You may even hesitate to feed your dog a raw diet because of safety concerns.

I’ll explain the HPP process a little later … but the purpose of HPP is to eliminate risky bacteria (like Salmonella or Listeria)  in the food. It’s touted as a great solution for high quality, safe, raw commercial pet foods. If your veterinarian is uncomfortable with the idea of you raw-feeding your dog, she may try to steer you towards HPP foods to protect your dog from scary bacteria.

But HPP isn’t all it’s cracked up to be … there are some drawbacks you need to know about before you decide to give your dog HPP foods.

I’ll tell you why it’s not the best way to protect your dog from food-borne pathogens. But first, here’s some background on how HPP was “sold” to the pet food industry…

There’s a lot of fear-mongering about raw pet food … you’ll hear it from kibble manufacturers, TV and newspaper stories, conventional veterinarians and of course the FDA (US Food and Drug Administration). The FDA warns consumers about pathogens like Salmonella and Listeria monocytogenes, which they say could not only put your pets at risk of disease, but also your human family members.

HPP is a patentable technology so there’s money to be made from encouraging consumers to buy HPP products. And there’s a benefit to the manufacturer and marketer who can claim their foods are safer than other raw pet foods. No company wants to be responsible for poisoning you or your pets.

But the real reason for the growing use of HPP is the FDA’s Food Safety Modernization Act (FMSA).

FMSA was signed into law by President Obama in January 2011. The act was an attempt to take a more proactive approach to food safety issues, focusing on prevention.

Before FMSA, the FDA didn’t do anything about food safety issues until they happened … for example, the melamine-tainted pet food that sickened or killed thousands of pets in 2007 wasn’t investigated by the FDA until after the fact, in 2008.

Manufacturers started to panic when they knew FMSA was coming, even though the FDA isn’t forcing any manufacturer to sterilize or pasteurize their foods.

In fact, an FDA document called Guidance for FDA Staff on salmonella in foods for animals states that it “Contains Nonbinding Recommendations” and represents the FDA’s “current thinking on this topic.”

Nonetheless, FMSA sent manufacturers rushing to HPP and the practice is far more common than it used to be, despite its shortfalls … and the fact that there have been very few cases of salmonellosis in humans from pet foods.

History Of Salmonella In Pet Foods

The CDC (Centers for Disease Control and Prevention) has reported only two instances in the last 30 years of humans contracting salmonellosis from pet foods … and both those instances were from dry kibble:

There have been no Salmonella outbreaks associated with any brand of commercial raw pet food.

The FDA even tested 78 samples of raw pet foods (35 frozen, 31 freeze-dried and 12 dehydrated) and found only five samples contained Salmonella and/or Listeria monocytogenes.

It’s important to note a few things about this sample testing:

So, with that background showing that raw pet foods don’t pose a high risk either for dogs or the humans they live with, let’s review what actually happens in the HPP process.

Here’s what happens during the HPP process:

These are extremely high pressures that disrupt the cell membranes of microorganisms in the food. They die and viable cells can’t survive. While HPP kills bacteria in the food, it does not kill spores. I’ll explain this later.

To understand the amount of pressure applied to HPP foods, consider that it’s five times the pressure at the deepest place on earth … the Mariana Trench, nearly 11,000 meters below sea level and deeper than Mount Everest is tall.

So when HPP marketing says it’s a “natural” process … how can it be, when there is nothing on earth with that kind of pressure?

And what does that extreme pressure do to the food?

Companies marketing HPP claim that while the HPP process kills bacteria, it doesn’t affect the nutrients, flavor or color of the foods. But there are studies showing these claims just aren’t true.

Here are five problems (and one advantage) I’ve found in researching HPP and what can happen to foods subjected to it.

We know that heat reduces nutrients in foods. What happens with HPP?

“Basically, the effect of high pressure on microorganisms and proteins/enzymes was observed to be similar to that of thermal processing.”

Yet HPP proponents insist that the food is still raw after the HPP process. The discrepancy may lie in the definitions published by AAFCO (the Association of American Feed Control Officials). AAFCO defines “raw” as “food in its natural or food state, not having been subjected to heat in the course of preparation of food.” Because heat is specifically mentioned, many consider that HPP doesn’t “cook” the food.

Lipid oxidation means the fat in the food becomes rancid, making it potentially toxic to your dog. In humans, studies  have linked lipid oxidation to disease states such as atherosclerosis, IBD and kidney damage.

This lipid oxidation may be due to the cooperative effect with the denatured protein in the meat. We know that HPP denatures protein and there are many associated chemical reactions that aren’t fully understood.

3 Organic Foods Can Be HPP

Because HPP is considered a “natural” process, it can be used for organic foods. So if you’re buying an organic raw dog food, don’t assume it’s fresh and natural … because it could be high pressure pasteurized.

4 Potential Transfer Of Phthalates To Food

Phthalates are chemicals compounds in food packaging and they are known endocrine disruptors, linked to thyroid issues and obesity in both pets and humans. Because the HPP process is performed in the packaging, it seems likely that phthalates may be transferred to the food during processing. Phthalates are very fat soluble so the fat in meat makes the tendency for migration more likely.

There are no studies suggesting this happens … but neither are there any studies saying it’s safe. And we know that phthalates can be transferred during heating or freezing, so it seems logical to conclude the same thing may happen when you apply 87,000 lbs of pressure!

A joint 2011 study into HPP benefits and limitations by three universities in Spain, the US and Mexico found “The possibility of packaging components, and packaging degradation substances formed during high temperature and pressure processing, transferring into foods where they can experience further chemical changes has to be investigated.”

5 Spores Are Not Inactivated

I mentioned this earlier … some spore-forming organisms like Clostridium botulinum (responsible for botulism poisoning) are not eliminated by HPP. One study concludes:

“…spores of bacteria remain the most difficult problem to eliminate for making HPP-treated low-acid foods stable at room temperature. Eliminating all spores in a low- acid commercial food while maintaining non-thermal processing conditions is not possible at the present time.”

The FDA is aware of this problem and doesn’t consider HPP a valid process for higher pH foods. Spores are common in meat and seafood.

There are some potential benefits to HPP. Some studies show that vitamin C is retained at higher percentages and carotenoids are concentrated at greater levels after HPP.

But the information is quite inconsistent, varying even within one study (like the joint study mentioned above). Several studies were done on juices and fruit purees, and the information was then extrapolated into meats. That’s a big no-no in research … you can’t assume what happens to one food is the same for another.

By now you can see some of the drawbacks to HPP, including the fact that it isn’t foolproof.  For example …

So HPP isn’t it’s not really working, despite an equipment cost of $0.5 to $2.5 million, which you, the end user, pay for in higher raw food prices!

And when you pay for HPP products, you’re paying more but buying an inferior product that’s not really raw, but “cooked” … using pressure instead of heat.

My advice is to avoid HPP foods for your dog.

In a healthy dog, the digestive system is designed to digest raw, even spoiled or contaminated meat. Dogs have highly acidic stomachs as well as natural digestive enzymes and bile that help them process Salmonella and other bacteria without becoming ill.

In fact, you may have noticed, dogs can happily digest all kinds of things that would make us humans ill. Think about rotten animal carcasses, ancient bones they dig up, all kinds of animal poop, water from a filthy puddle or pond, even their own vomit … you name it, they suck it down and don’t seem to suffer any ill effects. And let’s not forget routinely sniffing other dogs’ butts (just where the Salmonella bacteria are likely to linger after a dog poops).

Related: The Hopes And Hazards Of Raw Pet Food

How To Keep Your Dog Safe

Make sure you support your dog’s healthy digestive system so that his natural defenses can handle Salmonella and other bacteria.

And now … give your dog a nice raw meal. Then wash your hands … for at least 20 seconds with soap and water, according to the FDA’s advice.

← Why Labels Say For Intermittent or Supplemental FeedingStudies on the Raw Diet – Dr. Becker →