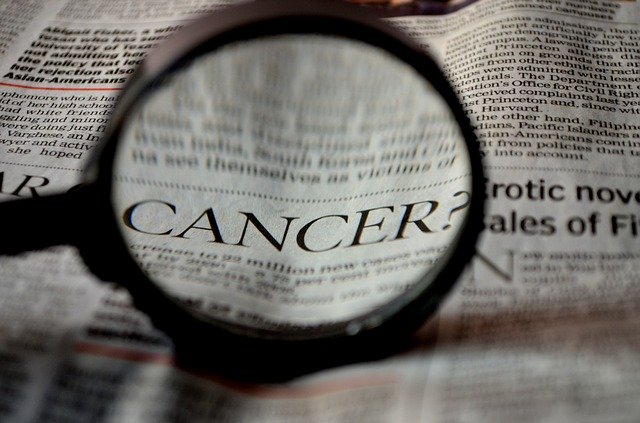 It seems like nowadays that one can’t get through a few months without knowing someone or a beloved companion that has cancer. It has become too common place that cancer has afflicted loved ones, hairless and furry friend alike. Although devastating we almost have become desensitized to the topic joking “aww well you know we are all going to die from cancer anyway” or we all can acknowledge that “everything causes cancer”.

Work with Cancer-Vet Dr. Judy Jasek by phone or here in Colorado!

This is a terrible attitude to take especially with so many loved ones suffering and battling for their life. Sadly, with the environment we live in including the air we breathe, the cleaning products we use and our family history/genetics, not to mention the foods we eat, it’s not surprising so much contributes to this horrible disease. Although there typically is no single factor that contributes to cancer, there are some sources that contribute more than others.

With a focus on nutrition and diet we ultimately have to look at the commercial pet foods that a majority of the world’s companions consume which are often loaded with cancer causing ingredients. Some of the most common that have been proven to induce cancer include colored dyes, texturizers and preservatives as well as genetically modified organisms and carbohydrates.

While beautiful and pretty to the eye, colors and dyes have little use in our foods let alone our furry companions’ food. There are four common colored dyes that are added to popular pet foods.  Blue #2 which is specifically known to cause brain tumors. Red #40, the most commonly used dye that often causes immune system tumors. Yellow #5 which contains cancer causing chemicals and Yellow #6 which is specifically associated with glandular and kidney tumors.

Many of these ingredients are also known to contribute to other illnesses such as hyperactivity, aggression, asthma and more. In addition, many are banned in various countries outside of the United States due to the results of proven studies indicating the dangers of these dyes.

These colors provide nothing valuable to the diet. They simply are coloring agents designed to attract the buyer. Your companions could care less what color their food is!

Texturizers and thickeners primarily found in wet canned foods, are added to provide texture as well as add form to the food. Carrageenan is the most common of these texturizers and thickeners and is known to cause cancer. The problem primarily arises with poligeenan a type of carrageenan which is used in laboratory settings to induce inflammation that leads to cancer in rats. It has been shown that commercial carrageenan is not pure but instead includes fragments of Poligeenan. Poligeenan is banned because it causes cancer, but is allowed as fragments in carrageenan.

Detox Your Dog and Cat From Processed Foods

Currently carrageenan is banned from use in baby formula! Carrageenan is also known to increase free radicals, affect intestinal cells and affect insulin leading to diabetes.

Preservatives added to pet food are meant to prevent the mixture from going bad and to last longer on the shelves. Although this means convenience for many pet owners, unfortunately there is a dark side. Several preservatives are chemicals and I think we can all agree that consuming chemicals is a no no!

BHT or butylated hydroxytoluene and BHA or butylated hydoxyanisole are both known in human food as a carcinogen as proven by studies done on laboratory animals. Due to this knowledge these chemical preservatives have been banned in other countries as well as California! With safer alternatives for preservation like vitamin E and C why even add a chemical?

Ethoxyquin also has been used as a preservative in pet foods however you can also find it used as a pesticide as well. Hmm this product kills pests, a living organism so why would it not harm our cats and dogs when consumed?! This preservative also is banned in other countries as well as identified by the FDA for causing liver and blood problems.

The FDA and other organizations have listed some of these preservatives as generally recognized as safe in small doses in pet food, but what must be considered is the cumulative effects. If your companion eats the same food or the same brand multiple times a day for years on end, what kind of effect do you think this has on our companions?

GMO’s or genetically modified organisms are commonly found in low quality pet foods. Soy, corn and rice are among the most commonly modified ingredients as it is suggested modification produces larger crop yields and helps with protecting against pests. At this time GMO’s have not been on the market long enough (only since the 1990’s) to really understand the side effects they may have on animals or even humans. The concern however comes from these modified plants that are supposed to be pest resistant. Round-Up (a weedicide) and Bt-Toxin (a pesticide) are IN the actual plant that is being consumed. Although cancer isn’t always attributed to one single factor, the increase in cancer has fallen in line with the introduction of GMO crops. GMO’s are not just suspected to contribute to cancer, but gastric issues as well as  health concerns surrounding the Round-Up products. It’s best to avoid these ingredients until further conclusions can be made. In addition, our companions do not need carbohydrates like soy, corn and rice in their diet, however it must be recognized that many factory farm animals including fish are fed grain based diets of corn, soy and other plant material that most likely are genetically modified. So whether these animal meats are in the pet food or being raw fed one should be aware of what is being consumed.

As mentioned above carbohydrates are one very offensive group of ingredients found in most commercial pet foods. To start off with they are not species appropriate and little nutritious value is contributed to our beloved companions. It takes a lot of energy to even break down what little material our cat and dog companions can utilize. Because so much time is spent trying to break down plant material less energy is spent focusing on fighting the cancer and of course your companion has to eat to even have energy so if the only thing being provided is a plant based diet you can see how an energy imbalance occurs. Furthermore, many carbohydrates especially low quality grains are converted right into sugar which cancer cells thrive on! At this point you aren’t feeding your ailing cat or dog, you are feeding the very thing that is trying to kill them!

A common ingredient known to help prevent cancer are Omega 3s. There are many studies that suggest omega 3s help prevent cancer and tumor growth as they are anti-inflammatory and fight free radicals that cause cell oxidation. Although many pet foods nowadays include fish oils, the amount that manufacturers put in are extremely out balanced by the omega 6s found in the carbohydrates and other plant material including fruits and vegetables in the food.

Omega 6s are pro inflammatory and although this is important in the body to aid in detection of illness and disease, when your companion is consuming more pro inflammatory ingredients than anti-inflammatory, the body is negatively affected.  In addition, omegas are easily destroyed by heat, light and air so if the food is poorly stored benefits from omega 3s are quickly destroyed, proving no benefit.

Any one or combination of these ingredients and/or environmental factors including polluted air, radiation and genetics can produce cancer. Unfortunately, there is no cure all or fool proof way to prevent cancer, but what loving animal owners can do is provide only the best which includes a species appropriate raw diet. Appropriately sourced meat, organs and bones will be free of colored dyes, chemical additives, preservatives, texturizers, thickeners, genetically modified organisms and pro inflammatory ingredients such as various carbohydrates and sugary plant material.

Cancer cells use sugar and protein as energy sources. Protein they often source from the host which is why we often see our companions losing a lot of weight and the immune system is depressed. By providing a raw diet you are helping your companion to keep its protein reserves for themselves as the body and cancer cells fight for food. Cancer cells also thrive on sugar and one thing that most commercial pet foods are loaded with is carbohydrates that conveniently turn into sugar. With a prey model raw diet you do not have large quantities of sugar being consumed so in combination with the fats of raw meat (that cancer cells can’t derive energy from) you can actually starve the cancer cells!

Raw food also is made of the exact fuel to maintain a healthy and high immune system. This is important for detention of foreign invaders or keeping the body on top of any disarray in the body such as rogue cancer cells. In addition, the body needs to continue its normal processes of digestion, tissue renewal and growth, and other bodily functions. If the body is depressed by artificial fuels and related ingredients, it cannot defend its body nor fight an exhausting battle like cancer.

So whether your companion already has cancer or is still a puppy or kitten, a raw diet will provide the perfect environment to maintain a great immune system and a healthy companion who is ready for anything that comes its way